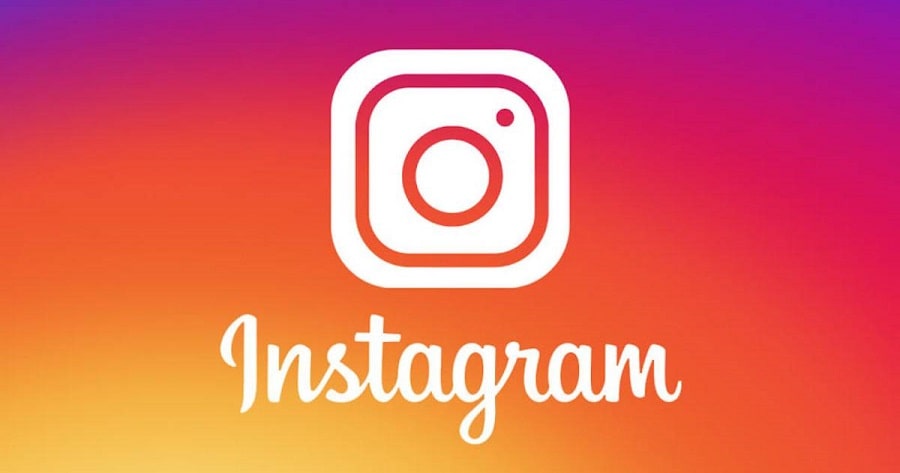 Instagram is adding new features on the platform to combat harassment and bullying, especially among teenage users. 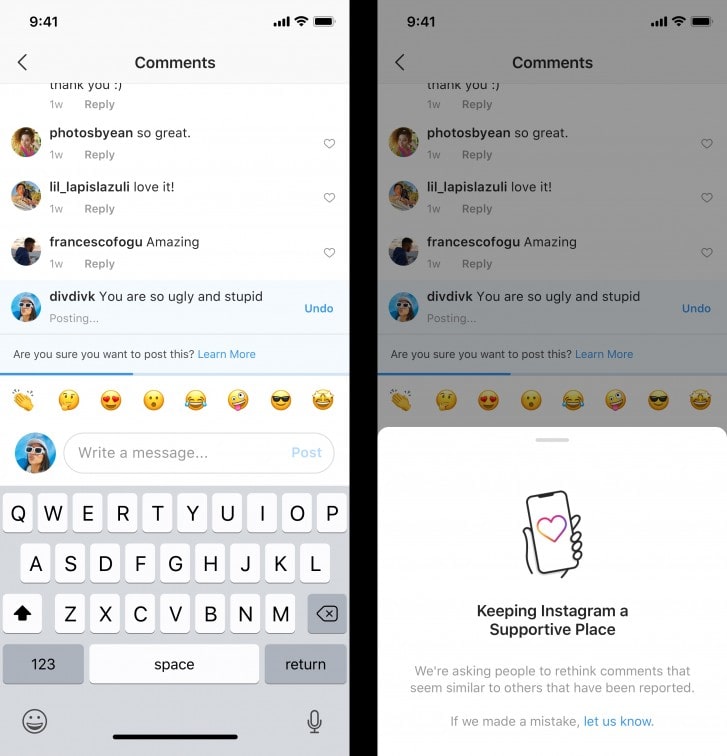 The first feature uses AI to automatically detect if someone is posting unfriendly or harassing comments. After the user chooses to post such a comment under a photo, the app will automatically ask them to confirm whether they really want to post this comment or if they want to reconsider and delete it. This puts the ball in their court and lets them reflect upon their actions. 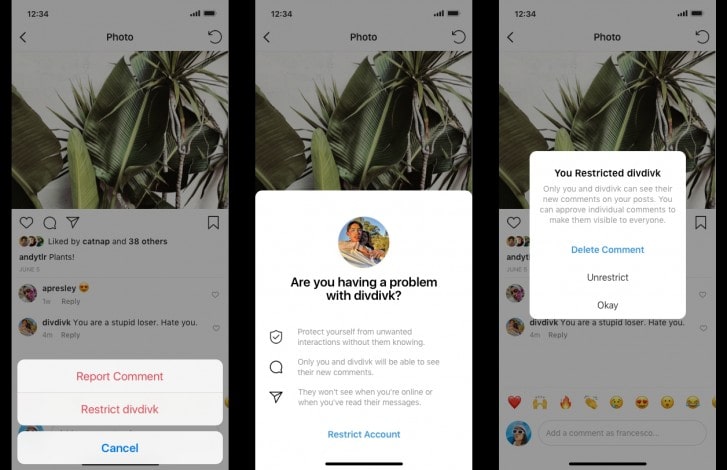 The other feature is more of an antidote for when the damage is already done. It is called Restrict, and when you use this feature, that person will be to only one able to see the comment. They will have no idea that other people aren’t seeing them. This method is called shadowbanning and essentially prevents the banned person from taking countermeasures against the ban since they have no idea they were banned. Restrict also prevents the person from seeing when you are online or if you’ve read their direct messages.

Instagram is now pushing the AI recommendation feature and the Restrict feature will be coming out soon.