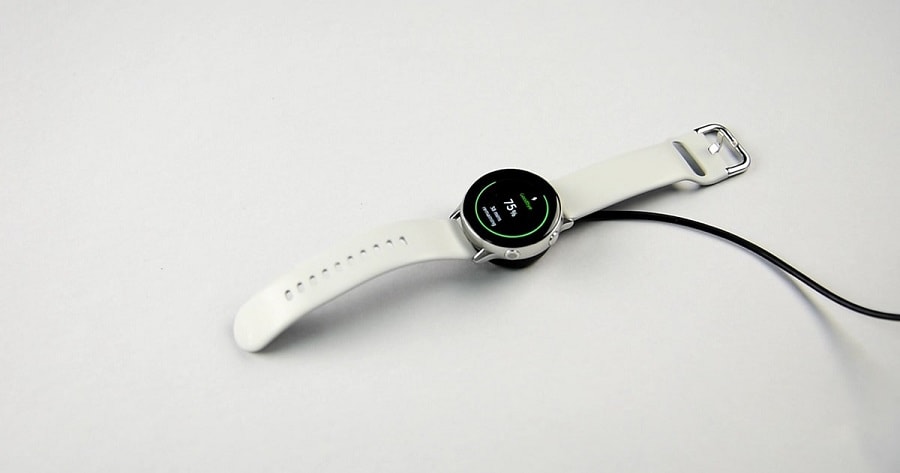 The Samsung Galaxy Watch Active 2 has been rumored about lately. It will, presumably, match the latest Apple Watch in offering ECG and fall detection, and it will maybe even surpass it by packing in body composition measurement.

Now we have the first leaked official press render:

The render confirms the name, as well as an overall design that’s very similar to the first Watch Active. Surely, that’s because it is this device’s successor. That’s a little strange, though, because the Watch Active has only been on the shelves for a few short months.

If this is indeed the Samsung Galaxy Watch Active 2, it will likely be announced on August 7 together with the Galaxy Note10 and Note10+ smartphones. It might even happen 2 days earlier, as the date in this render shows August 5. Perhaps Samsung doesn’t want to remove the spotlight from the new Notes at their event.

As opposed to the previous version, the new smartwatch comes with a leather band. The power button has a red ring around it. Previous rumors talked about the Watch Active 2 coming in two sizes – 40 and 44mm, in three color versions, and with Wi-Fi-only and LTE models. The unit pictured here might, in fact, be the LTE variant.