Honor 10 Lite Review – One of the Best Budget Phones! 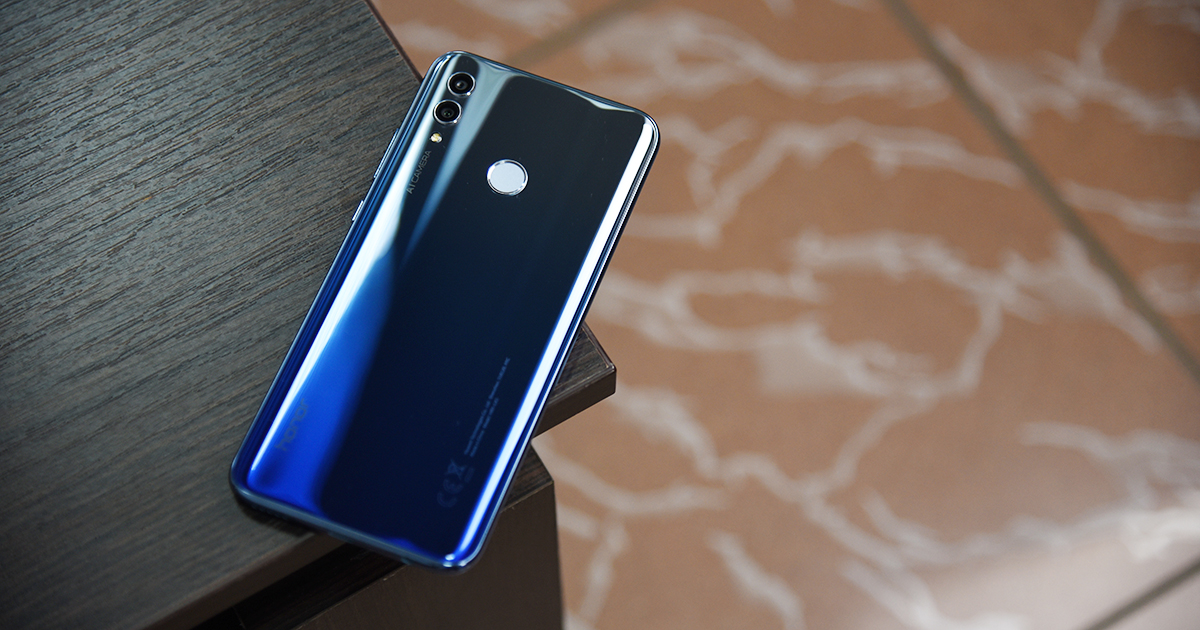 Honor 10 was a very successful phone which brought high range specification to the middle class. Honor has recently trimmed down the Honor 10 phone, which resulted in an even cheaper Honor 10 Lite that we now have in for a review.

The new Lite version is even bigger than its big older brother, and quite clearly this is a 2019 phone since out of the box it comes with the new OS. Still, in terms of build quality it’s clear that this is a mid-ranger. Don’t take this as a downside, it still has an incredible design as well as a double camera setup and phenomenal color gradient on the back, but the Lite version is made of plastic whereas the Honor 10 was made of glass.

It being made of plastic is not bad at all, it simply doesn’t provide that premium feel to the phone since most flagships nowadays are built either of glass or ceramic. It wasn’t intended for the Honor 10 Lite to be a flagship, so this is quite OK. The fingerprint scanner is here moved to the back, which made the phone get an even bigger screen to body ratio.

The notch on top of the display is also significantly reduced as it now as a water-drop design, and this has added even more to the design of the phone. We’ll talk about this a bit later in more detail, but before that let’s see what we’ve got inside the factory box aside from the device itself.

We have standard user manuals, a SIM tray tool, microUSB charging and data transfer cable, a silicon case and a charging adapter.

You heard this right, there is a microUSB cable, and this doesn’t really make us happy. Whether you like this or not, microUSB is an old connector that belongs in the past, and we believe that the whole mobile industry should, as soon as possible, adopt the new reversible standard that let’s more electricity and data pass through. Manufacturers, of course, know this, so we really don’t know why this phone still uses microUSB port.

Let’s now take a closer look all the features of this phone, and the first up is the display.

Here we have a big 6.21” FullHD panel with the aspect ratio of 19.5:9. This display isn’t that big, it’s just tall. Width-wise, the Honor 10 Lite perfectly sits in the hand, however you won’t be able to reach the top when using the phone in one hand. This is common for many phones today, so it’s no that big of an issue.

FullHD resolution is definitely a great addition, and the phone can boast with the pixel density of 415 PPI, which will enable views on the phone be crystal clear with no pixelization.

The screen is built in IPS LCD technology which is expected of a phone in this price range, but Huawei didn’t take away color calibration from us. There are Normal and Vivid color modes, and you can set your display tones manually.

The display is fully visible while we’re inside, however on direct sunlight content may become not that easy to see. Don’t worry though, this is a great display for this price range.

Just as the Honor 8X that was recently here with us, the Honor 10 Lite is powered by the new Kirin mid-range chipset, the Kirin 710. This 12nm chipset consumes less power, and we’re very glad to see new technologies on budget phones.

Phone’s user interface is really decent. Navigation through the menu, opening applications and their retention in the RAM all work really smooth and with no problems at all, and even newer games perform great without a significant drop in framerate. It, however, can’t provide more than 30fps in high demanding graphic tasks which is ok, since we couldn’t really even expect that.

On the AnTuTu benchmark the phone scored 131,000 points, which is right on point for a mid-ranger.

Another reason to buy this phone is the system we’ve already mentioned. This phone, out of the box, comes with a preinstalled Android 9.0 Pie OS and EMUI 9 over it. There are also some great customization options and with only a few preinstalled applications, the phone doesn’t suffer from bloatware problems.

When it comes to security, the phone can be unlocked with a good old fingerprint scanner which is located on the back, or with the facial mapping feature that’s also available on this phone.

There is only one speaker in this phone, which means that we have mono sound, but the speaker located on the bottom works really great. Not as good as for example the Xiaomi Mi A2 which really proved to be remarkable, but close enough. Both the volume and the quality are on par!

On the back of the Honor 10 Lite there are 2 primary cameras. The main sensor has 13MP resolution while the secondary sensor packs 2MP resolution and server to gather depth of field information. The main sensor is located behind the f/1.8 aperture, and focusing is done through PDAF system. Below the cameras there is also an LED flash lamp.

Once more we’ll take into account the price of the phone. You’d expect that Honor 10 Lite would produce average photos with solid details and colors, but it has really surpassed our expectations.

Photos made on broad daylight are mostly good with warm colors and great dynamic range in shadows, however, parts of photos where the shadows are present can be overexposed. On the phone there an AI algorithm that will improve the brightness and saturation is some conditions, but we didn’t notice drastic differences.

Night time photos aren’t exactly the best part of the camera. These photos are full of noise with a significant loss of details, but inside the interface there is the night mode that will do a decent job improving these photos.
The portrait mode, thanks to the secondary sensor, does quite a good job for a mid-ranger. It separates the subject from the background quite well, even though sometimes artifacts can be seen around the subject, however, just simply retake the photos, which should solve the issue.

Inside the notch there is the 24MP front facing camera with the aperture of f/2.0, and it sadly doesn’t have an autofocus system. There is no lack of details in the selfies as they are highly detailed, really. Colors are also solid, but this level of details we’d gladly trade in for autofocus.

This phone takes video in maximum 1080p FullHD resolution at 60fps. Once again, there’s no stabilization, so videos are quite shaky, however they have good colors and details, just as photos do. For static videos, the camera is great, however, the same can’t be said for dynamic videos.

This is a dualSIM phone that has a hybrid slot, which means that it can use either two nanoSIM cards or one SIM and one microSD storage expansion card, so if you happen to need more storage memory than get with the phone, Honor 10 Lite’s got your back here.

This is really good news for the price, even though we have 64 and 128GB storage versions in the class where we usually see 32 and 64GB setups.

There’s really nothing bad to say in the segment of connectivity except that the phone uses microUSB port that we’ve mentioned at the beginning.

Honor 10 Lite also has an NFC sensor, and on the bottom there is a 3.5mm headphone port. Another thing we have here and that we don’t see every day anymore is the FM Radio option.

The Lite, just as the regular Honor 10, has a battery with the capacity of 3400 mAh which is just about enough to last a whole day, and taking into account the display, this is quite a nice information.

Inside the interface, Honor has a battery optimization software built in, where you can control how your battery is used.

On the other hand, the phone will take some more time to charge up. A full charge takes about 2 hours since Honor 10 Lite doesn’t really have a fast charging system built it. Wireless charging is also not supported.

Honor has brought to the market good characteristics for a low price. This phone could be described as a device that has quite good core specs in every segment, but it lacks fine touches.

For example it has a good battery, but no fast charging, It has solid cameras, but no stabilization, it has great design, but it’s made of plastic.

If you’re not that fancy and don’t need a super fancy phone, the Honor 10 Lite will definitely be a good device for you. Another good  news, even arguably the best, is its price set at only around 200€.

There are other, albeit slightly more expensive phones, such as the Honor 8X or Honor Play, Xiaomi Mi A2 or Xiaomi Mi 8 Lite in this section of the market as well, so if you’re choosing a phone to buy make sure to watch their resolutions also on out YouTube channel.

Also, don’t forget to subscribe to the channel, turn on the notification bell, so you can see what’s new in the tech world. Thanks for watching, and see you in the next review.