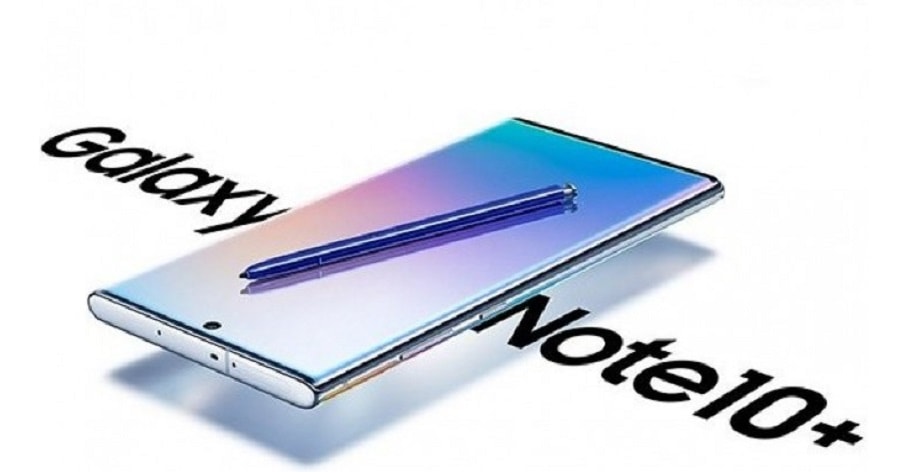 The Samsung Galaxy Note10 is coming on August 7 and now it has passed through Geekbench. The phone has a model number SM-970F and is powered by an Exynos 9825 chipset, paired with 8GB of RAM. 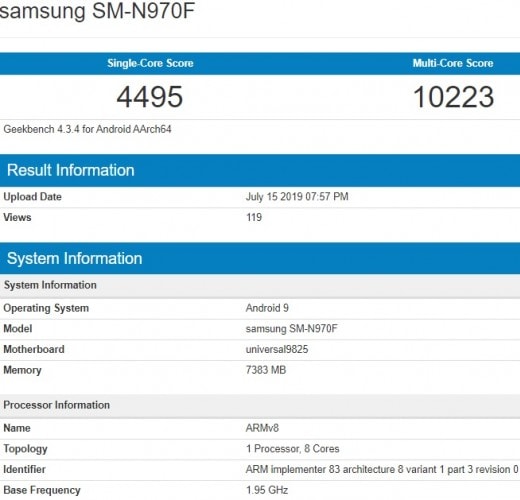 This isn’t the first time the Note10 was spotted on Geekbench, though. Last month, we saw one with the model number SM-N976B, which had the same chipset and RAM onboard.

However, the result of the SM-970F is significantly higher than the one of the SM-N976B, which means that the software development team has made a lot of progress in the meantime. 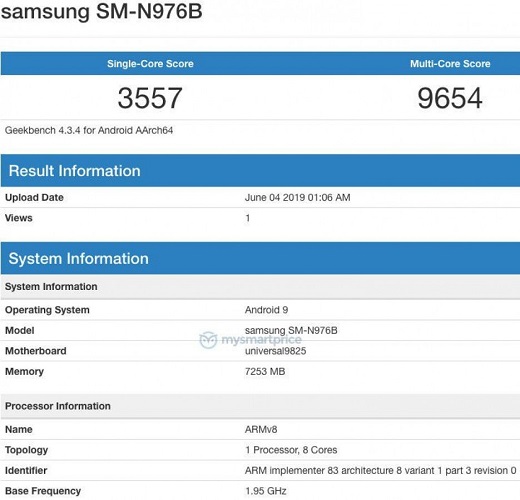 There’s also a Snapdragon 855-powered variant of the Note10, with the model number SM-N976V coupled with 12GB RAM. This version scored less than the SM-N970F in Geekbench’s single-core test but got higher points in the multi-core test. 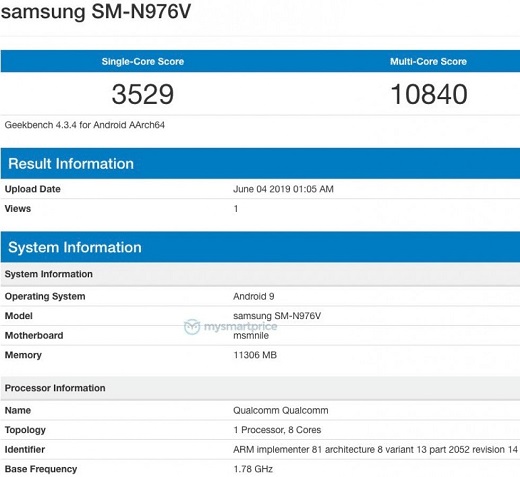 Samsung will launch three different devices within the Note series this year- Note10, Note10+, and a 5G version. The Galaxy Note10 and Note10+ have similar designs, with the difference that the Plus version has a larger screen, a ToF sensor on the back and probably a bigger battery as well.