The new Redmi Note 8 and the Redmi Note 8 Pro phones are coming on August 29. As we’re approaching the launch, the company executives tease another bit of specifications about the upcoming devices.

During the weekend, both the official account and the brand manager Lu Weibing announced the chipsets of the phones on Weibo. The Redmi Note 8 will have Snapdragon 665, while the Note 8 Pro will have the Helio G90T platform by Mediatek. 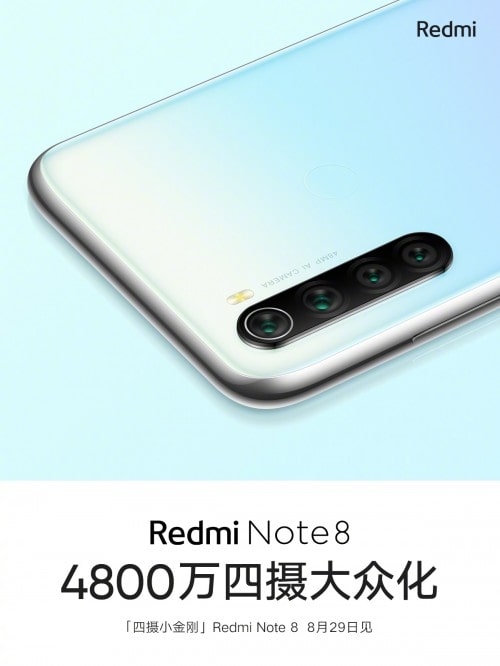 The camera is expected to have the new Samsung ISOCELL GM2 sensor that was introduced alongside the 64 MP GW1 sensor earlier this month. It should produce great photos in Night Mode.

We still don’t know about official pricing and launch date of the new Redmi phones.