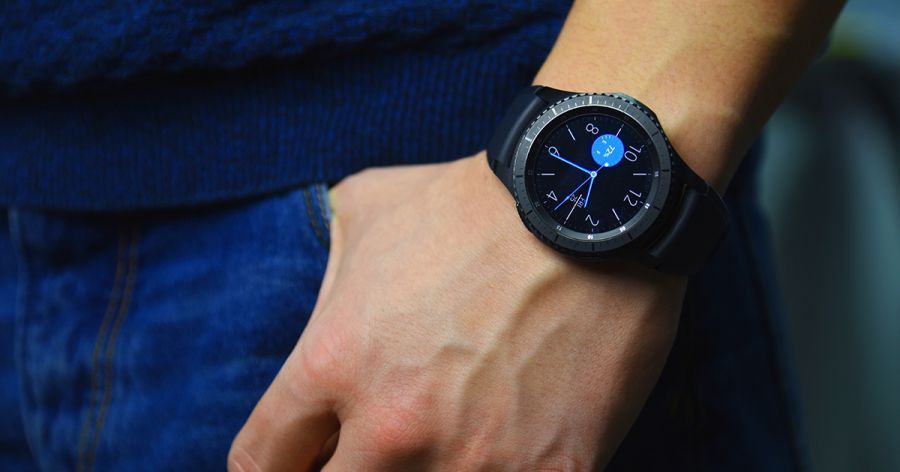 Samsung’s smartwatch, Gear S3, is now almost 3 years old, but as they say, it’s never too late, so now we have the “Frontier” version in for a review. Samsung has released two smartwatches after the Gear S3, and those are the Gear Sport and Galaxy Watch. We’ll have the Galaxy Watch next week, so this is really a great opportunity to see exactly how Samsung has improved in two years. Let’s go back to the S3. Inside the factory box, that’s designed excellently, we can find a smaller silicon band, standard wireless charger that connects via microUSB port, and some user manuals. Gear S3 is protected by the MIL-STD-810G standard which means that it’s protected up to 1 meter in depth and up to 30 minutes. As soon as you put the watch on your hand you can really feel that it’s very well made and even better designed. Samsung has really put a lot of effort in designing their smartwatches, but they still have some flaws.

This much technology implemented into the watch demands quite a lot of space, and when you have to create space in something as small as a watch, you have to be creative. However, some drawbacks are there, which is why this watch is so heavy and robust, and after some time of wearing it it might feel a bit uncomfortable. This feeling is even more enhanced by the silicon strap that is, in our opinion, too thick and rigid, which has since been taken care of. On the other hand, the strap is 22mm thick and compatible with other bands of the same size, so buying another one shouldn’t be an issue.

Still, all this changes when we see what exactly the Gear S3 is capable of, so stay with us and find out! 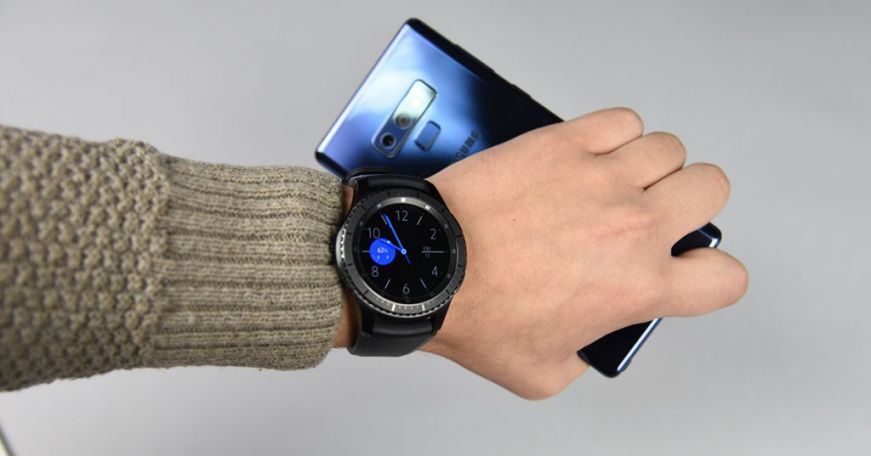 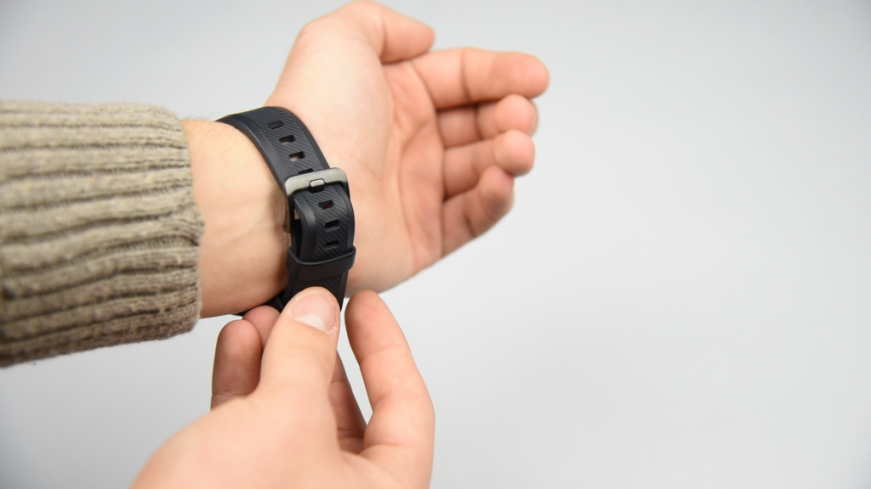 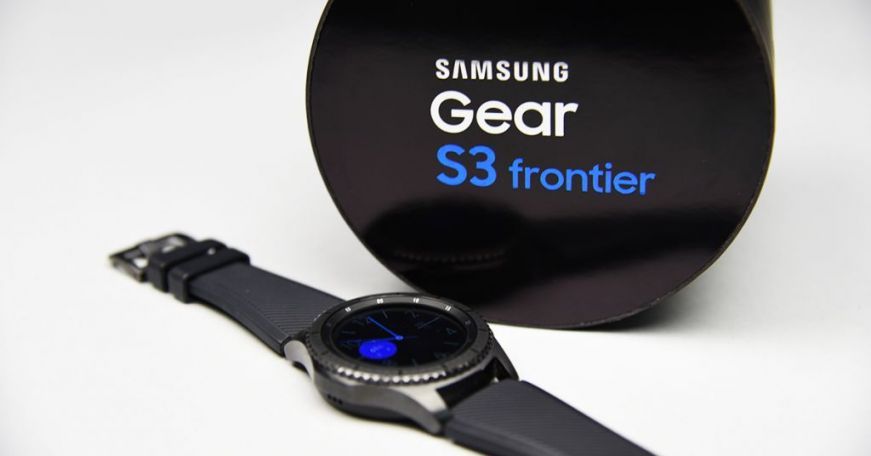 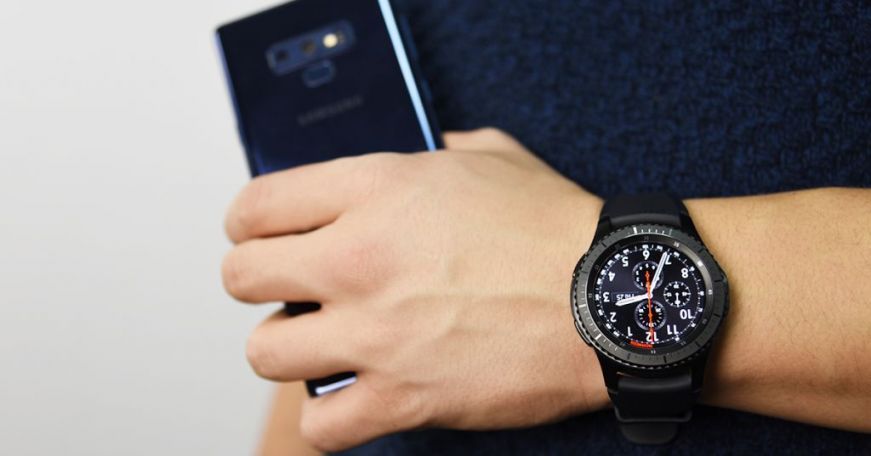 This watch has a circular display 1.3” in diameter, while the whole watch measures 46mm. This is a Super AMOLED display and due to it the watch offers phenomenal views and color accuracy. Resolution is exactly what you would expect from a 1.3” display – 360 x 360 pixels. Pixelization isn’t visible at all and the view is full of details which will only add up to the premium feel of this smartwatch, even three years later.

Brightness outside is also remarkable, so you won’t find yourself trying to cover up the watch to see the time. There is also the Always-On display to make your watch’s display fired up at all times, but we wouldn’t recommend this at all because it will reduce the battery life down to only a day. Gyroscope is there precisely to solve this problem – it registers when you lift your wrist to check the time so the display lights up only when needed. This is a much better option, unless you want your watch to spend more time on the charger than on your wrist. The display is also protected by Corning Gorilla Glass SR+ technology. 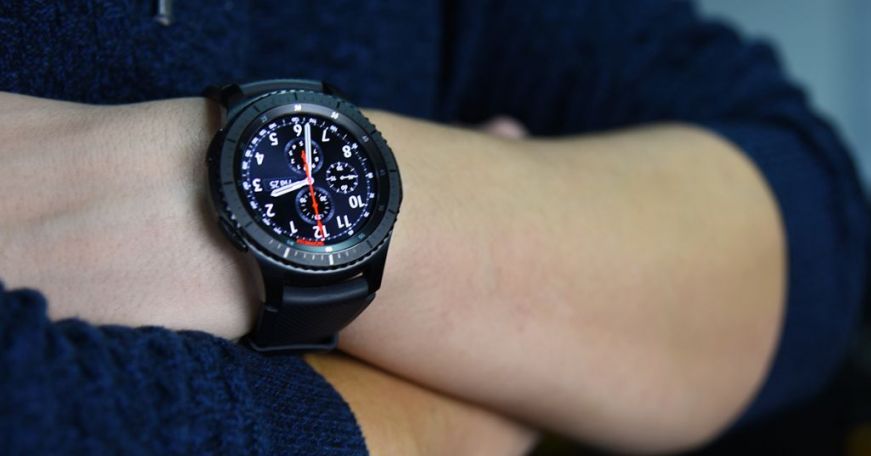 The chip that powers the Gear S3 is the Samsung’s Exynos 7270 which has a dual core CPU inside with the maximum clock speed up to 1 GHz. This 14nm chipset is paired with 768MB of RAM, and there is also an LTE modem built in, however only as a special edition of the watch.

The Gear S3 and all other Samsung’s smarwatches work on their own Tizen OS specifically developed for this use. Out of the box we get the version 2.3.2, but it is updateable up to version 4.0 which means that the Gear S3 supports your latest exercises, notifications, applications etc.

Speaking of applications on the watch we come to the most interesting part of this review. Through its Galaxy market, Samsung offers a wide range of applications that you can download and install on your watch. There are navigation apps, fitness apps, radio, news, even games, and all this is quite fascinating. There are also watch faces, and plenty of them – you won’t have to buy another watch ever again only because you’ve changed your outfit since you can only change the watch face and you’re ready to go. There are different faces, minimalistic, analog, digital. You can even have Stalin wave his hands to show the time if you so choose, absolutely everything is possible.

Galaxy Watch or Galaxy Wearable applications are available for all Android phones as well as on iPhones, so it’s not necessary to have the watch connected to a Samsung phone.

The Gear S3 is also capable of showing all notifications from your phone, and you can even respond to messages sent through apps like Viber, Skype or Whatsapp directly from the watch. There are multiple ways to write through the watch, but we liked the good old keypad method best. You can also set an alarm or notifications, and even though the speaker isn’t as loud as the one in the phone, it is still enough to wake up those with lighter sleep. When the watch is connected to the phone, you’ll also be able to pick up calls from the watch itself. Mic and speaker are of pretty good quality, so you won’t even notice the difference. On the bottom side there is a heart-rate monitoring sensor that can show you the pulse during exercise, but also register the heart-rate through the day and store them in the Samsung Health app you can later examin. The Gear S3 also monitors your daily steps, altitude, temperature, air pressure, UV index, humidity, burnt calories, water and caffeine intake etc. There is the SOS mode as well that’s activated by three times quickly pressing the home button, and that will ping your location and send an SOS message to preset emergency contacts – an addition that can save lives, especially to people prone to losing consciousness. 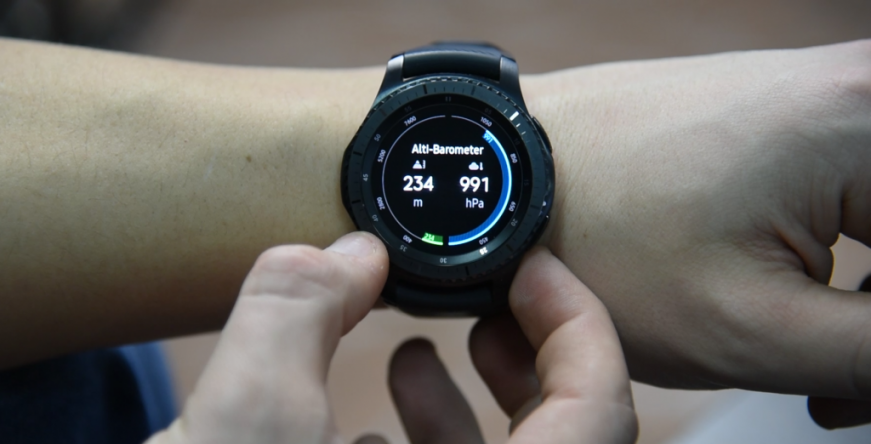 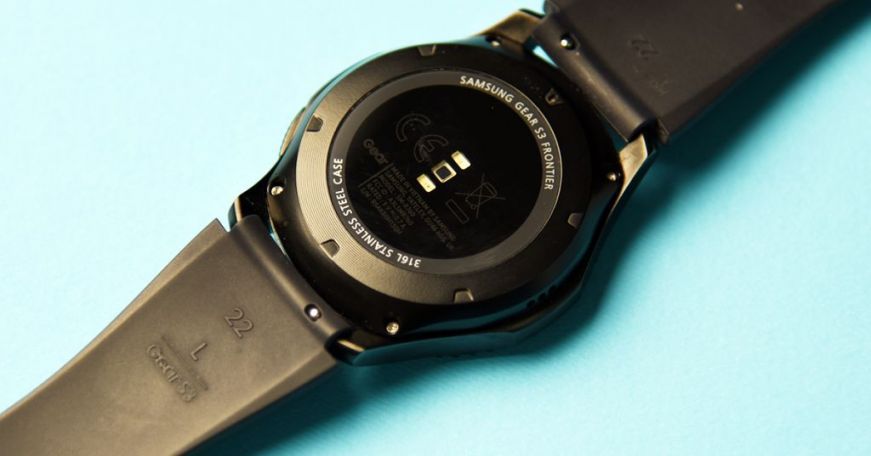 You can’t connect this watch with a wire, not even for charging, but there is another great feature implemented – music control. Whether you’re watching videos on YouTube, listening to music on Spotify, or playing music through a Bluetooth speaker, you have full control over playback options directly from your watch. You can’t really put a lot of stuff on 4GB of internal storage, but there is enough room for a few songs.

We’ve already mentioned that there is an LTE version that has an eSIM chip implemented which is another big advantage. It seems that the LTE version lacks only a camera to be a fully independent device, but what it already has is just enough, it doesn’t even need a camera.

Battery implemented into this watch has the capacity of 380 mAh, which shouldn’t be too surprising. This little guy doesn’t really need more juice, and Samsung says that the Gear S3 can last up to 4 days with a full charge, however, this is not exactly true. With Always On display switched on it can last only slightly more than a day’s worth of use, but when it’s turned off, the watch can last two or three days on a single charge. The most important thing here is how demanding of a user you really are. If you want to use the watch’s full potential and play games on it, chat, read notifications and receive calls, two days is where you’ll most probably end up.

This Gear watch charges via WPC wireless inductive charging which means that 0-100% charge isn’t particularly fast. You’ll need to wait around 2 hours and 20 minutes for a full charge. 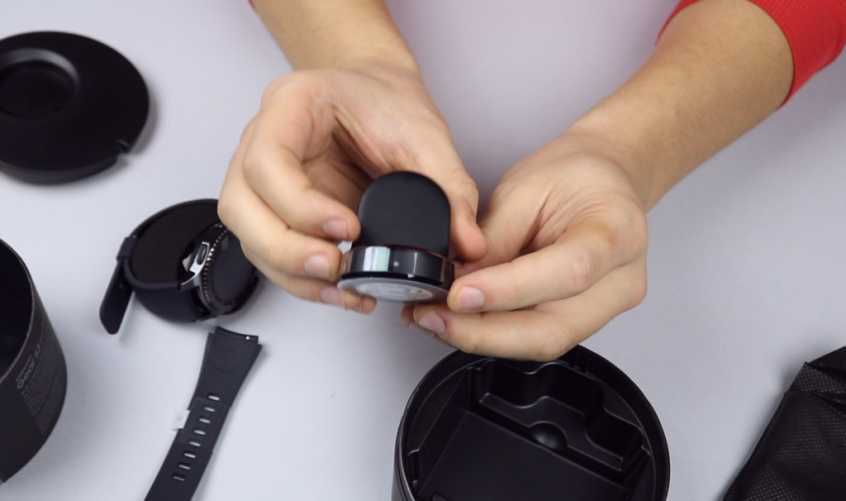 This is quite a smartwatch! Gear S3 was a top notch watch in 2016, but it came with a price as well. The price of 260 euros was quite steep, but things have settled down in these few years, so you can find the Gear S3 Frontier for as little as 150 or 200 euros now which is an OK price for such an elegant and capable piece of technology. We must mention that the Huawei GT that we’ve tested last week can’t really cope with the Gear at all.  Next week we’ll see what improvements the Galaxy Watch, Samsung’s latest smartwatch has brought to the market. However, the Galaxy Watch costs quite a bit more than the Gear S3 which makes the S3 still a good choice for those who wish to buy a smartwatch and still have a bit of money left.