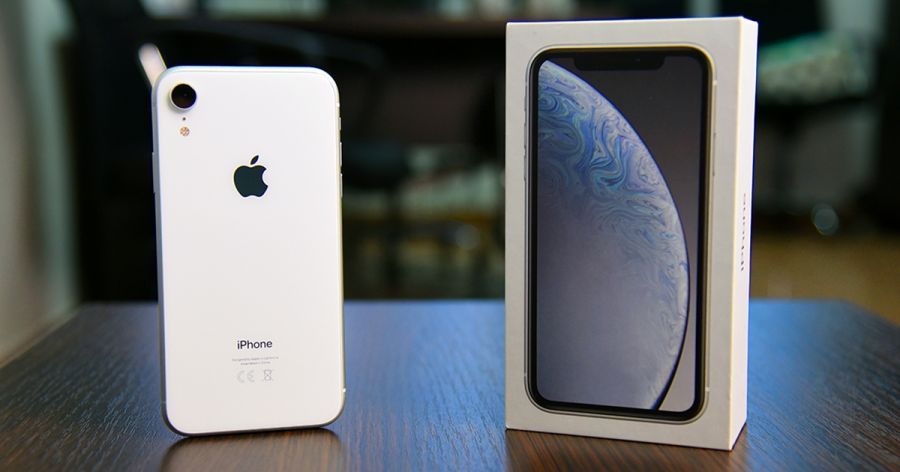 This year Apple released three new iPhones. The middle phone is the odd one from the line-up in many aspects. Stay with us to find out what we think about the new “budget” phone by Apple, the iPhone XR.

Inside the factory box of this phone we can find the usual, phone itself with user manuals, charging adapter, a SIM tray tool, USB Type-A to lightning cable, Apple Earpods with the lightning connector and two Apple stickers. The phone that we have in for a review came in White color option.  We’re glad that Apple finally provided us with some new colors, so apart from White you can get the XR in Black, Red, Yellow, Blue and Coral colors. Impressive pallet!

Let’s take a closer look at each aspect of this phone individually. 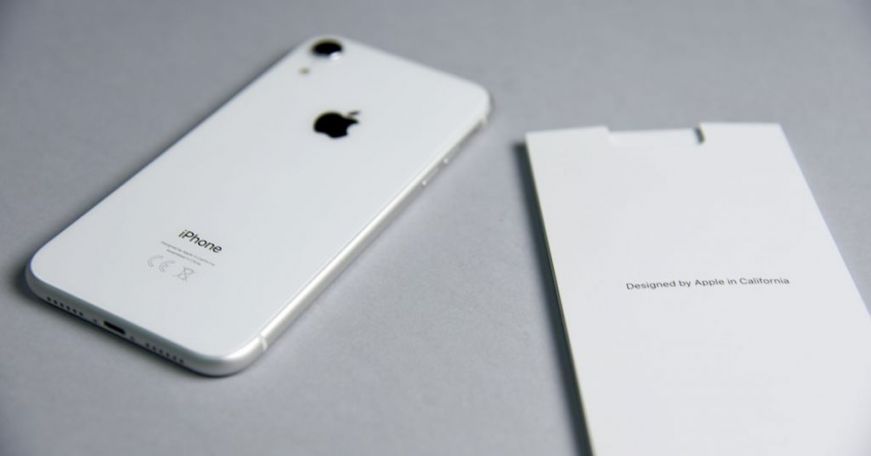 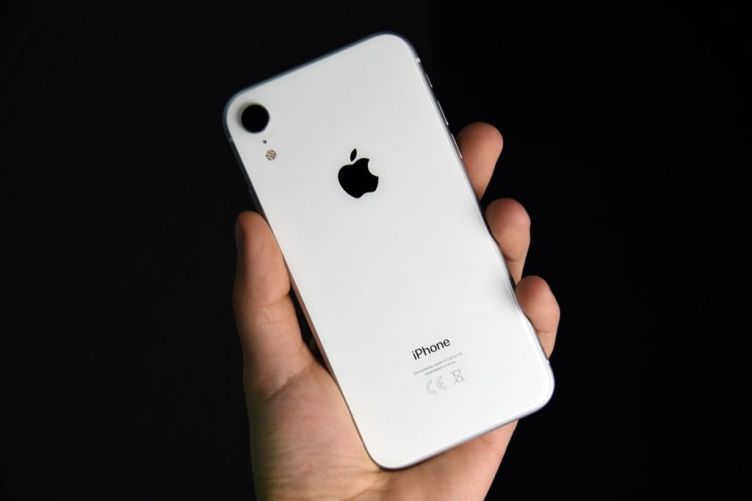 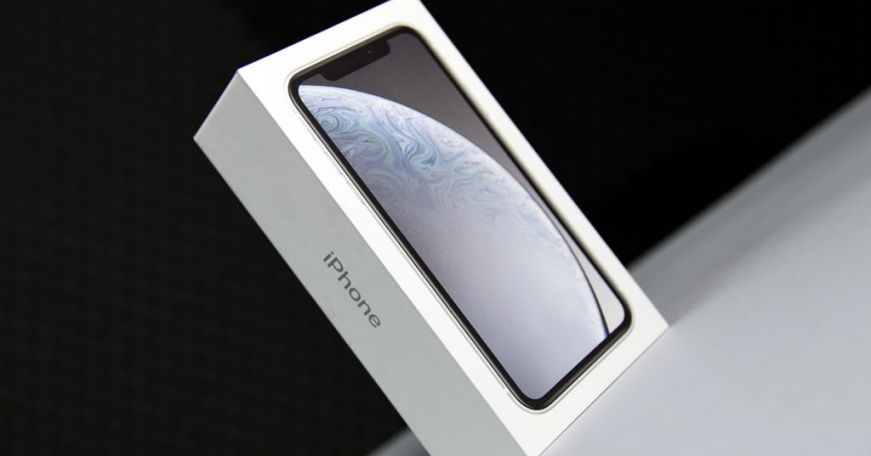 The first thing that we’ll take a look at is the display itself. Compared to the iPhone XS, the display is one of the two things that’s really different. We have a 6.1” display with a notch on top that houses all the regular iPhone sensors, including the dot projector and the selfie camera. While we have OLED technology implemented into the XS, Apple decided to stick with the tried and tested LCD Retina display on the XR. We already know that Apple has perfected LCD panels, so this display is far from bad, however, it’s simply inferior to OLED technology. This is one of the areas where Apple has decided to cut the costs, which frankly they have failed to do. This is why, even though this is a gorgeous display, we’re quite disappointed by it. Blacks are not as black as they should be, and other colors are not as vivid.

Another disappointing thing is the lack of 3D touch. We’ve had this technology in every iPhone since the 6S, and Apple’s decision to remove it from the XR is something we can’t really appreciate, especially since they’ve chosen to retain it in the XS and the XS Max. One more attempt to reduce the manufacturing costs, and once again we believe that Apple has failed to do so. Many people consider 3D touch to be a gimmick, but we really liked it, and only when you’ve lost it you understand how much you had used it really.

Another thing regarding the display is that it just doesn’t look as sleek as the one found on the XS and XS Max. Yes, design-wise they’re pretty much the same, but the bezels are noticeably thicker in the XR. It, quite simply, just doesn’t look as attractive as the XS.

All things considered, the iPhone XR has a solid display, but it lacks some of the top notch features that one flagship-priced phone definitely should have. 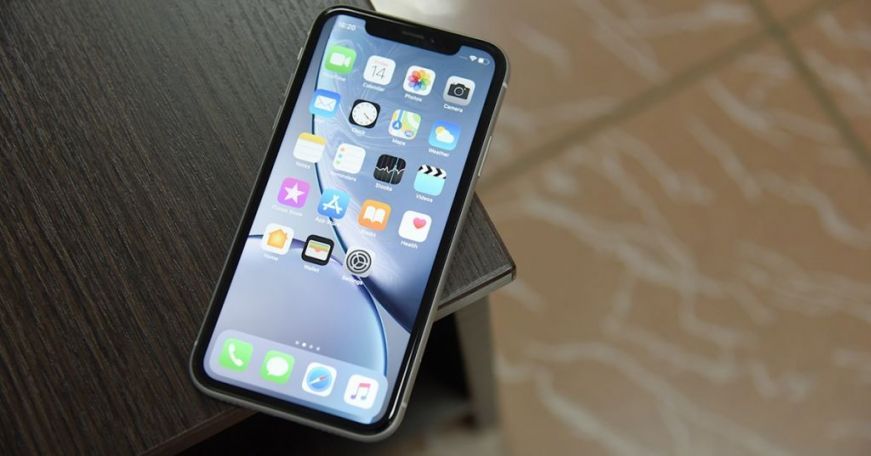 Because the XR is from the same family as the XS and XS Max, we can’t really get away from the feeling that it is their – half brother – almost as if they have one different parent. Some things are just the same in the trio. Hardware and software wise, they’re almost identical, but not quite. All three have the same Apple A12 Bionic chipset implemented, which is a phenomenal chipset, arguably the best on the market at the moment. AnTuTu benchmark showed the score of almost 350000, which only proves this point.

Where they differ is the RAM. The iPhone XR only has 3GB of RAM whereas its two half brothers have 4GB. Speaking of memory, storage options are the same in the trio, 64, 128 and 256GB.

Another thing that’s completely the same is the software. They all come with iOS 12 out of the box, and the system works great on all of them. The XR also has stereo speakers, and basically everything else is the same as in the XS. 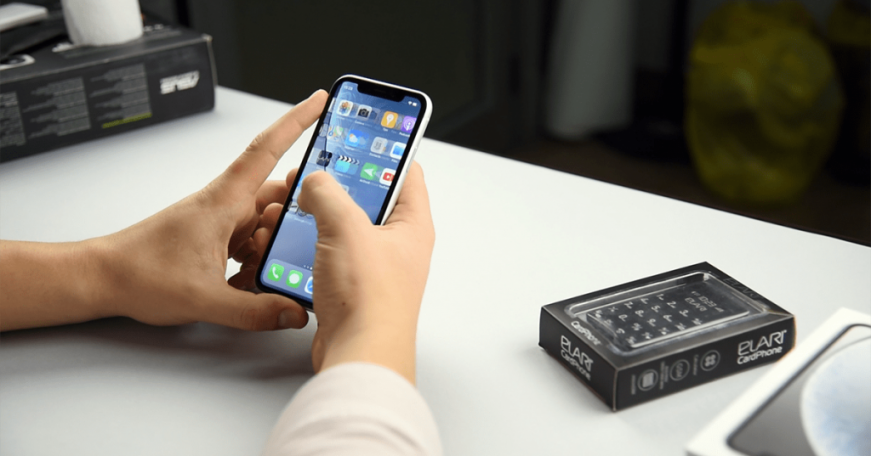 Camera is another area where it’s clearly visible that the XR has a different parent than the XS and the XS Max. While the S models both have a dual camera setup on the back (and a great one too), the XR only has a single sensor on the back. Same with the display, it’s far from bad, it just not as good as in the S.

Here we have a 12 megapixel camera with the aperture of f/1.7 with OIS and PDAF. It does a good job taking photos in day time environments. The colors are OK, sharpness is also good, but not perfect, and overall the photos are satisfactory. Something that’s even unexpectedly good is the portrait mode. Taking into account that there isn’t a secondary sensor and that all the blurring is done through software, it looks really good. The primary camera is capable of capturing some really good photos, and all in all it’s fine, really. All this is true for photos taken in well lit environments. However, things go south quite quickly in night time shots. Details get lost, and the noise goes up substantially. Night time shots are just not on par with the price of the phone. Some cheaper Android devices have performed much better in terms of night time photography.

The front facing camera is the same as in the iPhone XS. This means that the selfies are going to be really good with a lot of details. This is a 7 megapixel sensor with the aperture of f/2.2, and it’s really one of the best selfie cameras out there. FaceTime is going to be a real treat!

When it comes to videos, the main camera is capable of recording maximum 4K videos at 60fps and slow motion 1080p videos at 240 fps. Pretty much the same thing applies as in the photo area. If the light is plenty, the videos are great, however, as soon as there’s a lack of light, the videos turn quite bad (for this price range).

Selfie camera is also capable of video recording, and it captures 1080p videos at 60fps. 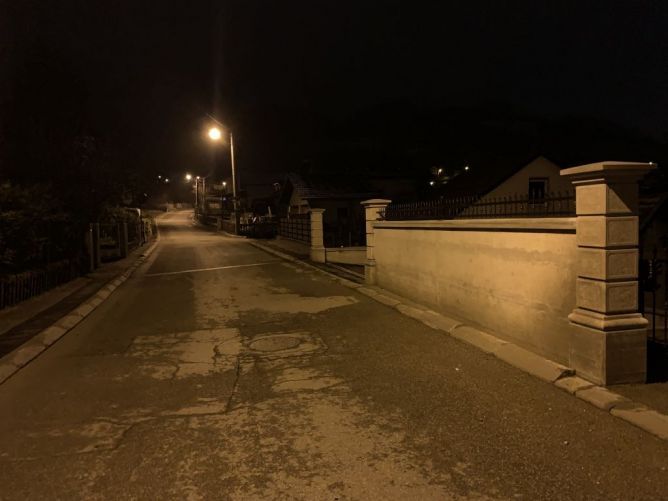 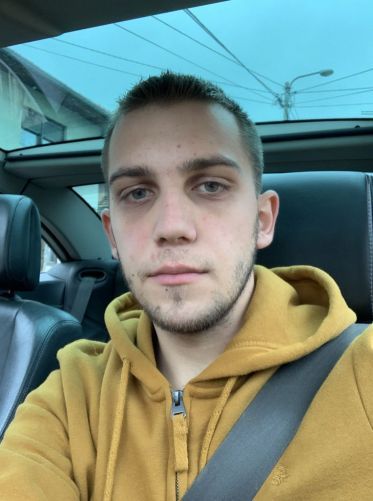 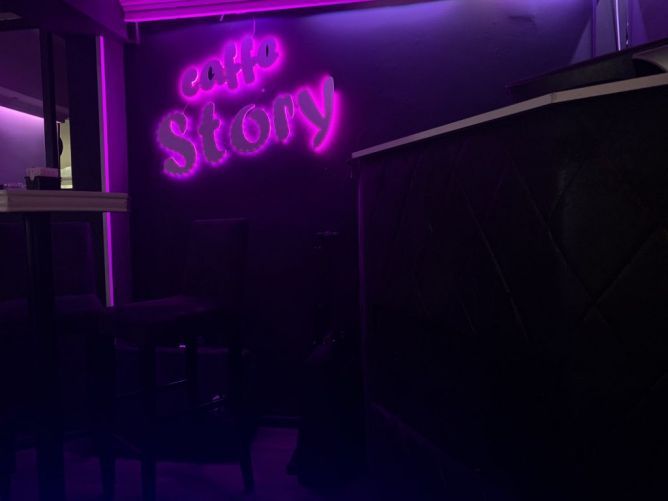 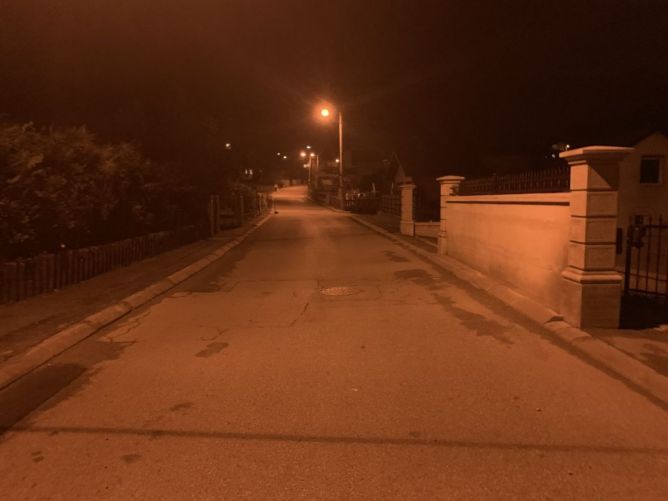 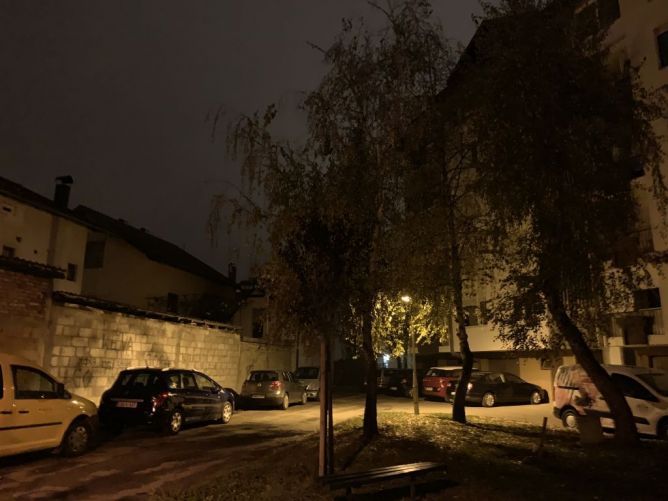 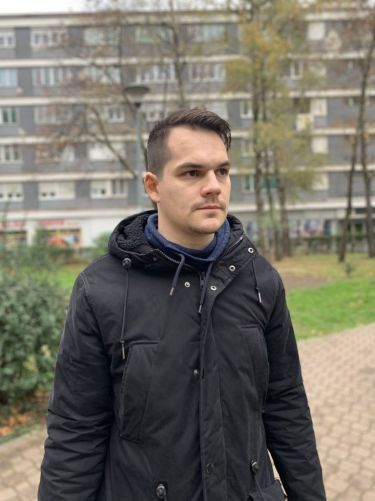 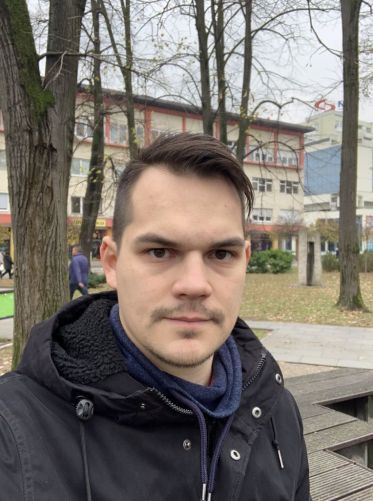 That this is a current generation iPhone is also visible in the connectivity options. Everything the iPhones XS and XS Max have, the XR has as well! It uses the lightning port for charging and data transfer, and, as we’ve said in our iPhone XS review, we don’t really understand why Apple chooses to stick to this standard, but it is what it is. In terms of wireless connections, this phone has it all, including WiFi 802.11, Bluetooth 5.0, NFC, GPS etc.

This is a 4G device, so next gen 5G connections aren’t supported, however, they are neither supported by its superior brothers so the XR is forgiven.

The iPhone XR comes with a 2942 mAh battery which is not removable. It is protected by the glass back panel. What the glass allows is to implement wireless charging technology into the iPhone XR. All standard Qi wireless chargers will work with the iPhone XR. One thing that this phone doesn’t have, much the same as the iPhones XS and XS Max is a fast charger in the box. All these phone are capable of fast charging, but it order to access it you’ll need to buy a fast charger separately from Apple. We’ve said it in our XS review, and we’ll say it again – we hate it that Apple chooses to squeeze every penny from their customers, but they didn’t become a giant they now are by giving away peripherals for free. Once again, it is what it is, we hate it but there’s nothing we can do about it. 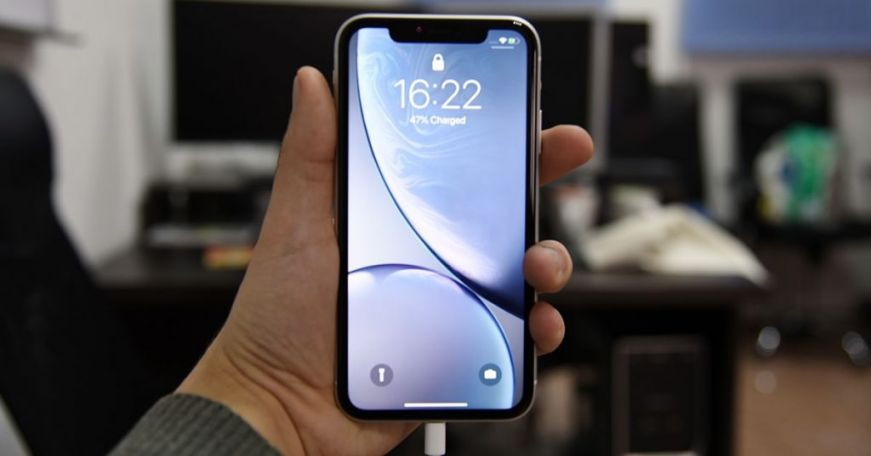 There’s no doubt that the iPhone XR is a good phone. It’s just – not worth it. With the price tag of around 850 euros in Europe, it costs too much, period. Not only that it doesn’t offer what it should for that much money, but even if it did, it would still be too expensive. We’d say that that’s the only true flaw of the new iPhone line-up, XR included.

There’s no doubt that this is a highly capable device. No matter what you throw at it, it will perform. There’s almost no way to make it stutter. It’s always cool and always does the job, but we have to say that there are many Android alternatives for much less money that will do it all equally well. With this phone more than ever, Apple sells their name, and even though it’s the cheapest from the bunch, we believe that it’s better to spend a bit more and go with the XS instead.